Is Bitcoin's lack of counterparty risk just a micro-optimization?

As more and more talk grows of the dollar getting displaced as the almighty global reserve settlement asset, gold fans tend to point out that the commodity is a natural candidate for another go-round in this spot because of its lack of counterparty risk.

Most financial assets have associated counterparty risks. Stocks you “own” are subject to the risk that the exchange on which you purchased them may, willingly or not, take them from you; or the risk that whatever legal jurisdiction you’re under ceases to associate the ownership of a share with some fraction of the company.

Bonds come with the risk that the issuer may not remain solvent and will default. US dollars come, to the surprise of almost no one these days, with the risk that there is no natural scarcity associated with their creation aside from the good will of the US govenrment, and their use may be subject to sanctions. With tidal-wave-sized deficits in our present and almost certainly in our future, that former risk (devaluation) becomes a very real one.

Physical gold doesn’t really have counterparty risk. If you have it, you have it; you’re not relying on the expectation that anyone else is going to do anything (other than buy it at some point). Someone could take it from you, but that’s about it. For this reason, people who like gold often argue that makes it the premier candidate for a global reserve asset - central banks who hold gold don’t have to worry about some exogenuous risk like inflation or default.

But the problem is that physical gold is very hard to transport and verify. Settlement is a real pain in the ass. Getting it shipped is not cheap; here’s some guy on Quora talking about what it takes to buy and ship a ton of gold:

That much gold is a huge security risk, so you will need to talk with someone like Brinks to securely transport it from London to Soap Lake. If they used a regular carrier such as Virgin Atlantic the freight cost might only be about $1750, but the security could add ten times that. Of course, a regular carrier might refuse to carry it, given the security risk so your only choice might be to hire a jet to transport your hoard.

Also, you will need to consider insurance; if it is available, which might be around $1.4 million assuming around 3% of value?

Gold also has to be physically inspected for its integrity, which is a fairly costly process requiring thousands of dollars in equipment. 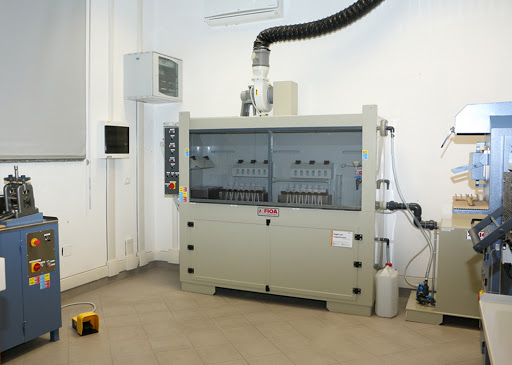 Every breakroom needs one of these babies!

So if gold did become the world’s reserve asset, there’d be a big need to perform settlement pretty regularly. But because it’s such a pain to transport, odds are that that settlement would have to be batched. Which means that for some time, the unreconciled total of your gold is sitting as a liability on someone else’s balance sheet. Which brings us right back to counterparty risk! Rats!

So this is where the Bitcoin people chime in – I probably don’t have to tell you what’s coming next.

Bitcoin, like gold, is a bearer asset. There’s no counterparty risk (aside from the cryptography breaking - which seems roughly on par with the likelihood that we’ll figure out how to synthesize gold or start mining asteroids).

Your 1 tonne of gold, or $47,961,360, can be (and has been) transmitted on the Bitcoin network with final settlement within a few hours. Okay, if you’re ultra conservative and you want to wait 100 blocks, it’ll take 16 hours. But the point is that for a few bucks, you can perform the same sort of “physical” reconciliation with Bitcoin that would cost millions with gold. This seems like a pretty big deal, and is a big selling point for Bitcoin getting adopted as the global reserve asset at some point way off in the future. True relief from counterparty risk with no compromise in transmission convenience; quite the opposite!

Now realistically if you’re a central bank and you want to settle Bitcoin, it isn’t just going to cost a few bucks. You’re going to hire engineers to vet and operate the software necessary to do settlement in an actually-trust-minimized way. So you’re paying a few guys a few hundred thousand dollars a year to sit around and refresh Electrum wallets.

But even so, it seems like at least an order of magnitude savings over gold.

Hang on though. If we’re talking about reconciliation between central banks, we’re talking about giant flows. The US did an estimated $737B with China in 2018. That might dwarf a few million here and there to deal with tossing some gold around for settlement. And besides, is counterparty risk really such a big deal from one central bank to another? If you’re dealing in something like gold that can’t be virtually diluted, refusal to furnish payment would essentially be an act of war – what’s the realistic likelihood of that happening? (ah no of course I wasn’t talking about you, Mr. Nixon…)

So maybe the realized cost of counterparty risk when it comes to gold is fairly low?

Central banks and giant commercial operations probably can afford to go through the trouble of transporting and verifying gold for settlement, even if it is more expensive than they might like. So does that make Bitcoin’s claimed efficiency on settlement just a superficial little premature optimization?

Maybe from their standpoint. The thing is, international trade isn’t just performed by central banks and giant companies (or shouldn’t be, anyway). If I want to buy a small run of keyboard switches from a vendor in Taiwan, I’m not going to send over half an ounce of gold. On the other hand, it’s very practical to do the same with Bitcoin. If I’m a hedge fund in London that wants to buy Russian oil futures, I’m not going to Fedex a bar or two over, … you can see where this is going.

Bitcoin’s granularity, transportability, and quick settlement relative to gold enable small (and not so small) entities to conduct trade in a practical way using a reserve asset without counterparty risk. It allows point-to-point international trade without any foreign exchange risk.

Follow me @jamesob, or join the bearhaus for periodic writings on macro.